USE AND EFFECTS OF PSYCHOSTIMULANTS

In general, stimulants make you feel good they increase dopamine production in the brain that promotes alertness, confidence and a sense of wellbeing. Dopamine is a neurotransmitter in our brains that is responsible for reinforcing pleasurable activities that are good for our survival so we repeat them. Stimulants hijack this reward system and fool the brain into thinking the drug use is good for survival but unfortunately this is not the case. Individuals who become addicted to stimulants have moved into a pattern of repeated use and require higher doses, in an increasing search for intense euphoric sensations.

High doses and frequent heavy use can also create an ‘amphetamine psychosis’, characterised by paranoid delusions, hallucinations and out of character aggressive or violent behaviour. These symptoms usually disappear a few days after the person stops using amphetamines.

Withdrawal from stimulants will be different for different people.

The intensity of the symptoms experienced can depend on a few things such as how much you were using, your general health, any existing mental health issues and the length of time you have been using.

Commences as the effects of stimulants wear off, and can last for several days.  Amphetamine crash typically commences 12–24 hours after last amphetamine use, and subsides by days 2–4. Cocaine crash occurs within hours of last use, with short duration (up to 48 hours). Some individuals do not report a significant crash on stopping cocaine.

Cocaine crash occurs within hours of last use, with short duration (up to 48 hours). Some individuals do not report a significant crash on stopping cocaine.

Amphetamine withdrawal typically commences 2–4 days after last amphetamine use and peaks in severity over 7–10 days, and then subsides over 2–4 weeks.

Cocaine withdrawal typically commences 1–2 days after last use, peaking in severity over 4–7 days and then subsides over 1–2 weeks.

Typically lasts from weeks to months.

Withdrawal from stimulant drugs is not medically dangerous, and no specific treatment has been shown to be effective. The usual objectives in treating stimulant withdrawal are to assist you to interrupt a period or pattern of compulsive use, to identify and manage any comorbid conditions and to commence relapse prevention treatment. 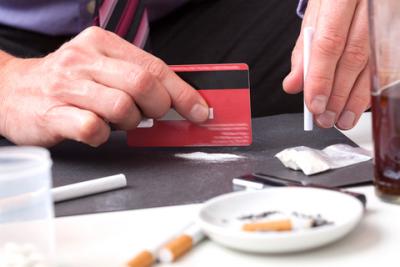